There’s a well-known issue with Canon A series cameras where the mirror damper mechanism’s lubrication dries out and the mechanism becomes slow and noisy. The noise sounds to me like a wheeze, but other people call it a squawk or a squeal or a screech. The human ability to be flexible with onomatopoeic terminology is still an advantage that we have over the computers that will one day rule us, but it does make it a little bit more challenging to google.

I bought an A-1 recently, and apart from the wheeze it was in pretty good condition. I decided to fix the wheeze. There are quite a lot of methods going around the internet, but they fall into one of two categories based on how you re-lubricate the mirror damper:

– Through the bottom of the camera

– Through one of the lens mount screw holes

There’s also a lot of really bad advice out there about spraying WD-40 in towards the mechanism. This is like using a shotgun to nail a picture to the wall. It’s not the right kind of tool, in the first place; even though a shotgun and a hammer/nail combo would both end up putting a hole of some kind in the wall, the shotgun will make the wrong kind of hole. WD-40 is only partly a lubricant; when sprayed, it goes everywhere and gets sticky over time. See my previous posts for what I think about sticky substances around cameras. For this fix, you need a tiny drop of the right kind of lubricant in a very precise location. Other fixes online suggested dropping oil into the camera body from the bottom of the camera, and that’s bad because it’s not precise, and there are things (i.e. the focusing screen) that you really don’t want to get oil on.

The most precise fixes involved using a long needle to place a tiny drop of oil on the mirror damper mechanism. Using a long, straight needle from the bottom of the camera seems to be a fairly common way to do this; however, this seemed to require a fairly precise guess about where the end of the needle was. If you go in via the top-left (looking at the front of the camera) lens mount screw with a curved needle, as described in this video, you can get a bit more feedback. 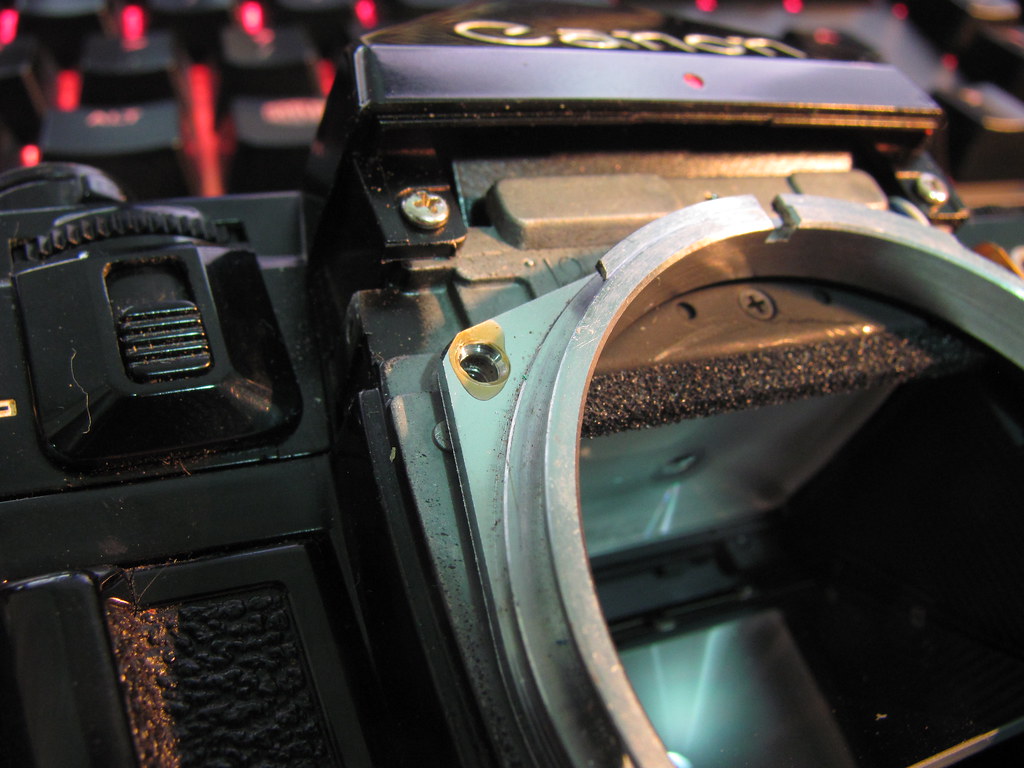 I used a 25-gauge needle that I curved a little more than the needle in the video. With this curvature, I could find the axle that needed lubrication and feel that the end of the needle was in the right place by moving it back and forth across the curved top of the axle. With the needle on top of the axle, I could also move it side to side to make sure that the needle point was close to the gear. I practiced this a few times before applying the oil. I also practiced making a tiny bead of oil on the end of the needle so I knew how much pressure to apply to the syringe – really not much at all! 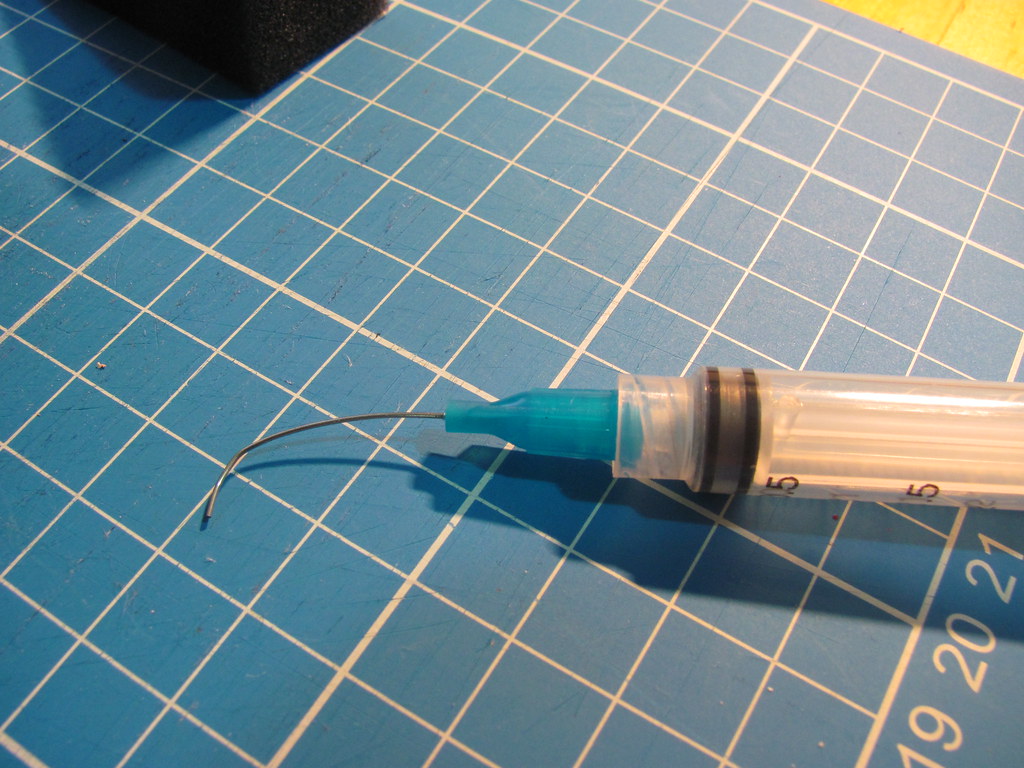 The first few shutter releases sounded about the same. I waited about a minute, tried again, and the noise was getting softer but was still there. After about 5 minutes, the noise was gone, and has stayed gone.

I would very much recommend the method of re-lubricating the mirror damper mechanism through the screw hole. A blunt-end syringe needle of the kind I used here can be gently curved with some careful pressure from round-nosed pliers, giving a tool that provides enough feedback to be sure of your accuracy.